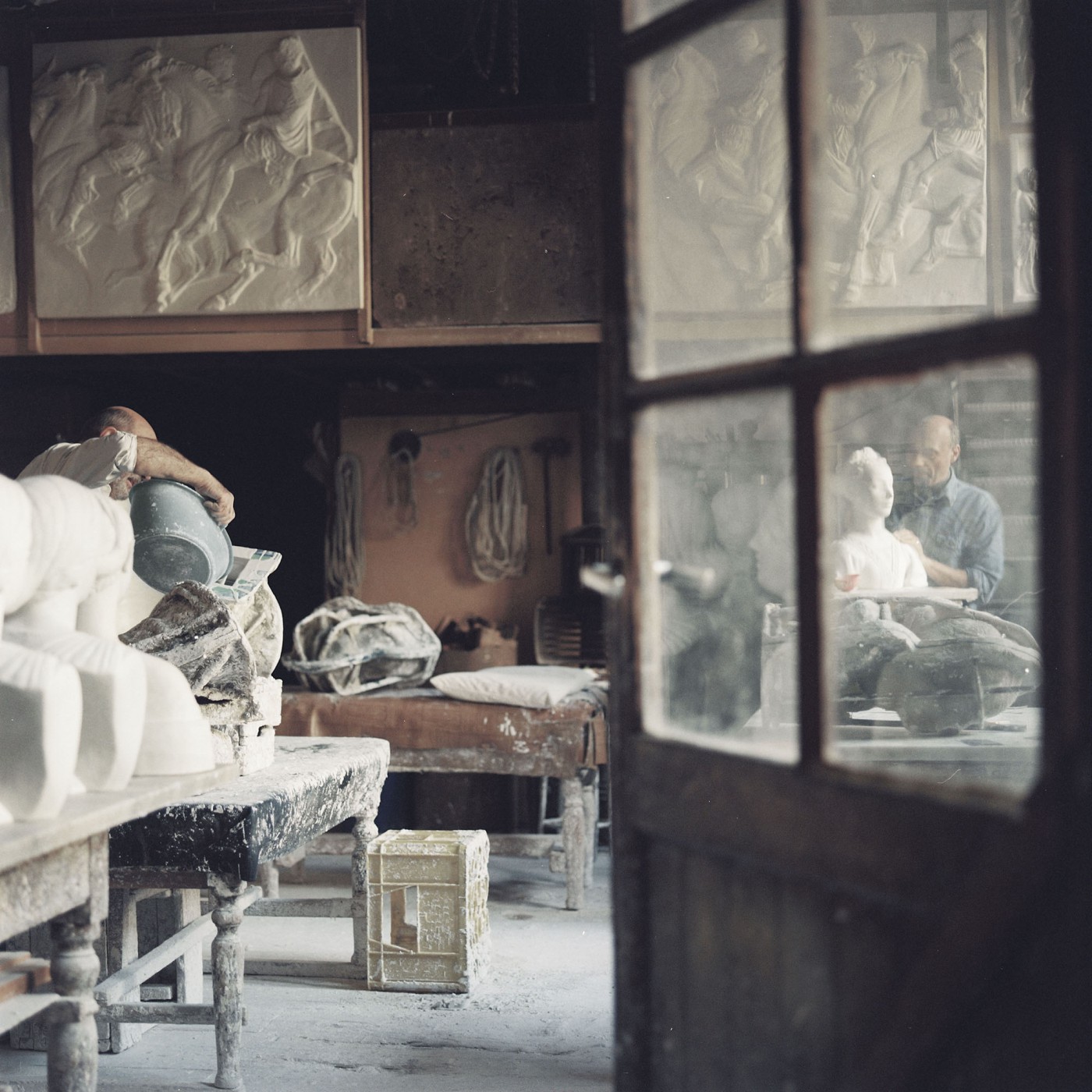 Fumagalli and Dossi took over the molding laboratory with attached plaster cast of Cesare Bertolazzi, located in Milan, in 1974. The laboratory was born on the initiative of two Milanese trainers, Gariboldi and Bertolazzi, already employees of the Antonio Vallardi company. In 1927, at the closure of the Vallardi plaster cast gallery, the two trainers acquired part of the collection of casts, thus constituting their own plaster cast gallery. Since then the avenue Montello 4 workshop in Milan has crossed the century, going from the two founders to their respective sons Cesare Gariboldi and Cesare Bertolazzi, and then to the students of these grown up in the workshop, Agostino Fumagalli and Mario Dossi.

The two partners are then helped by Roberto Fumagalli, who joins his father and uncle after graduating from the Istituto Statale d'Arte in Monza and having obtained the title of sculptor at the Brera Academy of Fine Arts.
In 1990, a further large and functional production space was added to the historic laboratory in Milan, based in Mezzago (MB). Here we can see the models and forms, which represent the heritage of the plaster museum. In both laboratories, the members still lend their work: here we find those who have refined it with decades of experience, because they have grown in the tradition of this activity, as well as those who have prepared it through a path of artistic studies.

Today, Fumagalli & Dossi is probably the largest supplier of plaster casts in art schools throughout the country. This represents an undoubted recognition of one's professionalism, but above all a stimulus to maintain the high-quality level of its products. The company is also at the forefront in forming techniques and in the use of materials. The forms intended to reproduce the plaster copies are made in their own laboratories, with the help of innovative and technologically updated materials.